For the British royals, jewelry is no mere embellishment. From the gigantic stones to the finest settings, everything has an importance from a political power play, a family heirloom or a national treasure. But if you ask us, British royal jewelry is Everything! And much much more. Here, we take an upfront look at the gorgeous tiaras, earrings, rings, and necklaces that make up the royal collection.


Amongst the exquisite brooch collection sits the most famous Maple leaf brooch which was first presented to Queen Elizabeth by her husband, King George VI, to commemorate their state visit to Canada in 1939. It’s a fantastically large brooch (5.5 cm x 5 cm) in the  shape of the leaf of a sugar maple, Canada’s national tree and symbolic to Canada since the mid 1800s. It consists of brilliant and baguette cut diamonds invisibly set. In 1951, the brooch was loaned to Princess Elizabeth – the current Queen of England - during her trip to Canada. However, after the passing away of the Queen Mother, Queen Elizabeth II inherited the jewellery piece and since then has lent it to Camilla Parker-Bowles and Kate Middleton for their trips to Canada.


It is estimated to be worth a whopping 50 million but the heritage and legacy the Cartier Halo tiara carries is Priceless! This exquisite piece of tiara, was first purchased by King George VI for his wife, Queen Elizabeth. Later, the Queen Mother gifted it to her newly turned 18 year-old-daughter, Princess Elizabeth. This beautiful diamond studded jewelry was worn by Kate Middleton on her wedding to Prince William.  An eyeconic moment like this one,  made it all the more special. It’s made up of 739 brilliant cut diamonds and 149 baguette cuts giving it a spectacular look.


In 2012, during the premier of the popular British film “Skyfall”, all heads turned to witness the captivating Amethyst Heart Necklace worn by the Duchess of Cornwall, Camilla Parker Bowles. The elegant neck piece was originally given to Queen Elizabeth a.k.a. the Queen Mother, on her wedding to King George VI in 1923. Later, the necklace was inherited by the current Queen Elizabeth II. This fabulous jewel is a testament to the love of royals for the magical amethyst. Pure royalty! 
One of the largest tiara in the royal treasury has a story behind its name. In the days of the British rule over the Indian subcontinent (1858-1947) there was a celebration, or Durbar, held to mark the coronation of a new Emperor or Empress of India.


On 12 December, 1911, King George V and Queen Mary, on Dec 12, 1911 were the first and only royals to actually grace the occasion with their presence. Imperial state Crown Jewels were not allowed to go beyond the boundaries of Great Britain so for the Queen to wear her jewels for the Durbar, a new diadem was commissioned from Garrard. This enchanting headpiece was later given to the Queen’s daughter-in-law or the Queen Mother. The tiara made its latest appearance in 2005, when the Duchess of Cornwall, Camilla Parker Bowles wore it to a royal occurrence. 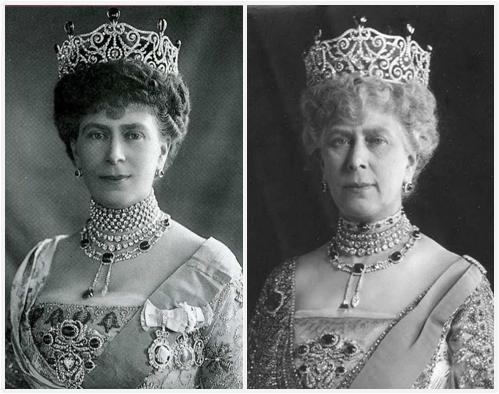 
Unlike most other jewels which the Queen inherited from her ancestors this particular piece is what she commissioned out of pure love for the gemstone. In 1953, Brazilian president presented on behalf of the people of Brazil, these diamonds and aquamarines to the Queen. Leslie Field describes the necklace as follows: “nine large oblong aquamarines each in a diamond scroll setting with an even bigger oblong aquamarine pendant drop. It started off with a necklace followed by earrings and finally in 1957 the tiara made by Garrard from an additional collection of Brazilian stones completed the jewelry.

Crown Jewels of the United Kingdom:


The Crown Jewels are the most glorious and celebrated of the nation's treasures. Currently protected and kept hidden in the Tower of London, the Crown Jewels of the United Kingdom are the ceremonial objects used at the investiture ceremony of British Kings and Queens. As a group, the Crown Jewels comprise a host of astonishing items – from orbs, sceptres and crowns, to gold and silver-gilt banqueting and altar plate.  All are privately connected with the status and role of the monarch.  The oldest of these is the twelfth-century spoon used for the sovereign's ritual anointing at the coronation. The Coronation array contains 23,578 precious stones, amongst which the Cullinan I is the largest clear cut diamond in the world, set in the Sovereign's Sceptre with Cross. However, one of the most debatable yet most remarkable jewels amongst all the gamet of precious stones is the Koh-i-Noor diamond, which was originally from India found in the most famous mines of history, Golconda which produced nearly flawless diamond and at big sizes. It was later acquired by Queen Victoria. Up until today, the diamond has featured on over three consort crowns. 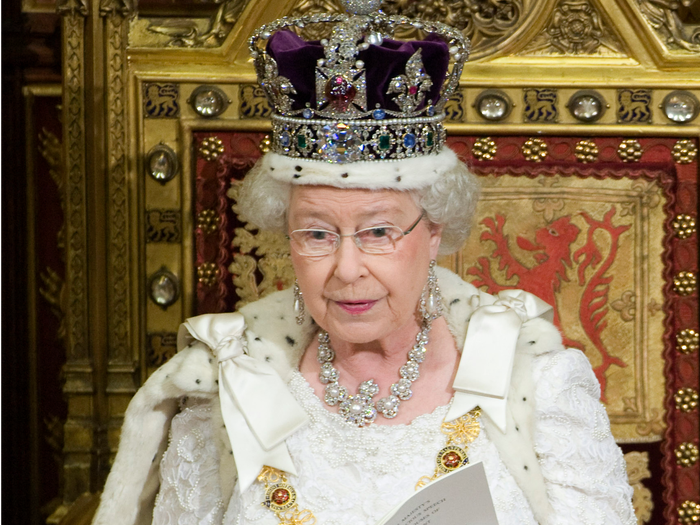 
One of the most iconic engagement rings in the history of British royalty or even just in general is that of Princess Diana’s. This stunning ring is just unforgettable for you, me and even Prince Charles. the stunning royal blue brooch really inspired Prince Charles when he was picking out a ring for his future wife, Princess Diana. Which is why he picked up a ring studded with 12-carat oval Ceylon sapphire surrounded by a whopping 14 diamonds studded in white gold from the Garrard jewelry collection catalog. Currently, the ring reigns on the fingers of Kate Middleton, after Prince William proposed to her with the same. 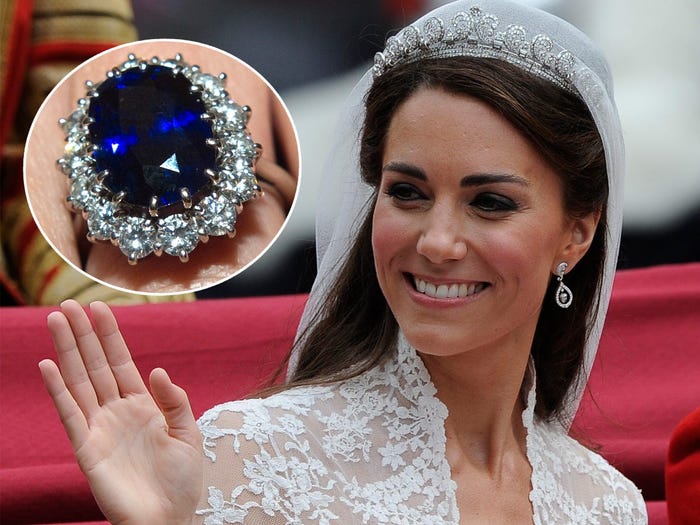 Van Cleef and Arpels: A Century-Old Legacy of Splendor and Innovation